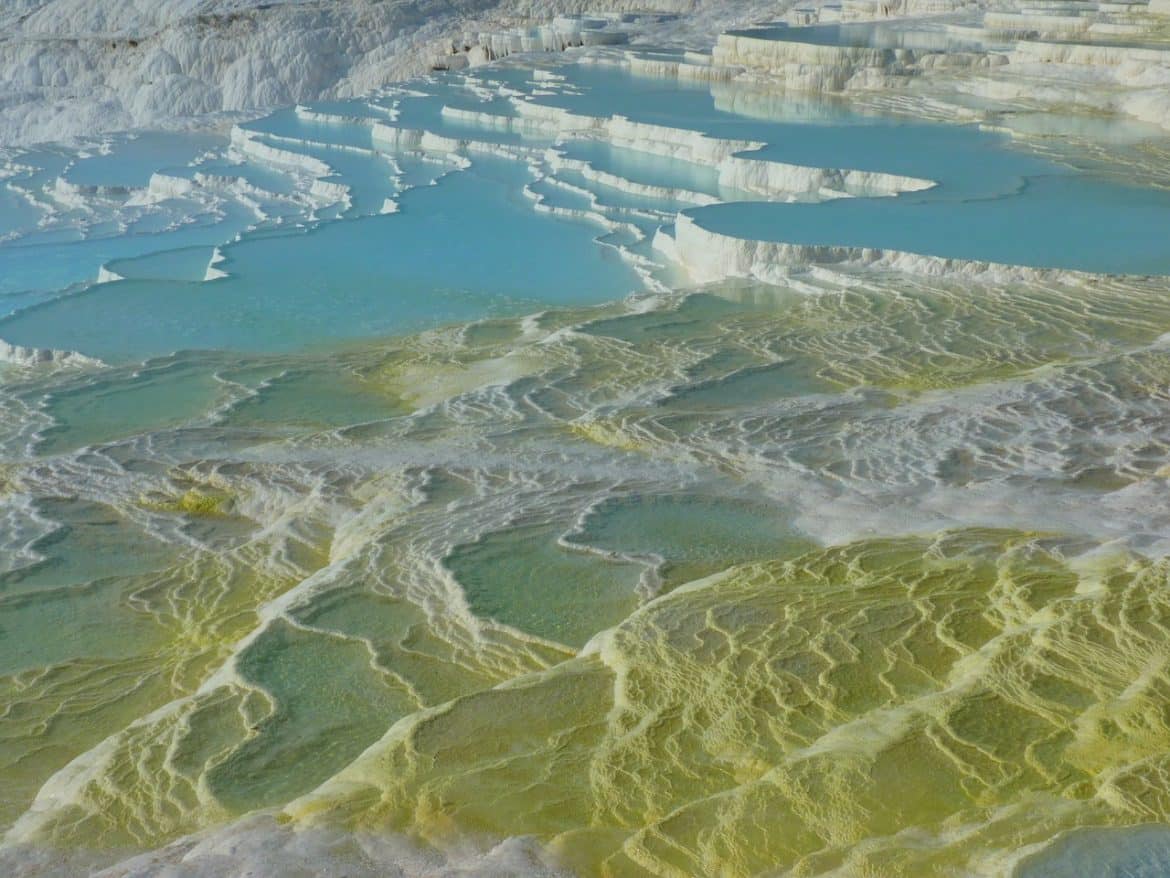 We have discussed about the town with no roads before here and while that was already a treat all on its own with how magical it sounds and very fairy tale-like, we haven’t actually scratched the surface as much as we initially had thought.

But then again, the world is big and full of mysteries that we can’t really fully discover with our limited lifespan and resources. Still, we try and now here we are. With a list of the top weirdest places on earth.

Here is a classic weird yet amazing place on this list. This “beach” is made up of red seaweed called Sueda. It is 30 kilometres of red that makes you think it really is a beach of red water.

During summer when the water in the lake evaporates, where they leave behind small mineral pools that have different shades of colours to them. This place is sacred to the people native there.

Ah, Japan. Only Japan could have this sacred thing that happens to be very adorable. They have an island where they have cats there and even have a huge cat temple on it. This is mostly because they are regarded as good luck.

Ever seen something that looks man-made but on a colossal level? The rocks on this area are shaped so perfectly that legends say that they have been put there by giants at the time, hence the name.

Water cascades here from natural springs, and they flow down into more little pools good for a quick dip. It is terraces but in water version at most.

A huge gaping sinkhole is here that pulls in water and then shoots them out at Mach speed. Incredibly dangerous for us fleshy humans who will probably be ripped into shreds before we get a chance to drown.

This is also travertine terraces that have water fall down into each spring pool. Except this one takes on a reddish or yellowish colour AND it’s a hot spring.

Now this is something from video games or a fairy tale book. Lake Hillier is a lake that is made up of pink water. The reason why it’s pink is because of the salt-loving algae and the high salinity of the lake. Also, halobacteria, a pink type of bacteria, like to hang out here and it’s why the entire place is pink in colour.

A mystery classic. A lot of stories have been created because of the strange disappearances it’s been having over decades. The fact that the magnetic readings on this area is strange AND that anyone or anything that goes near it or sails into it disappear without a trace is easily a recipe for people to have conspiracy theories on.